Mighty magnificent. The sand lizard (Lacerta agilis) was named "Reptile of the Year 2020" by the German Society for Herpetology and Terrarium Science (DGHT). Lacerta agilis, its scientific name, belongs to the genus of the green lizards and in Central Europe is usually 18-20 cm long. Characteristic of the variably drawn reptiles is, in addition to the magnificently green flanks of the males, a brown back color with dark spots and three mostly only hinted white lines. But color variants with a red back or "blackened" and animals with almost no drawings are possible. 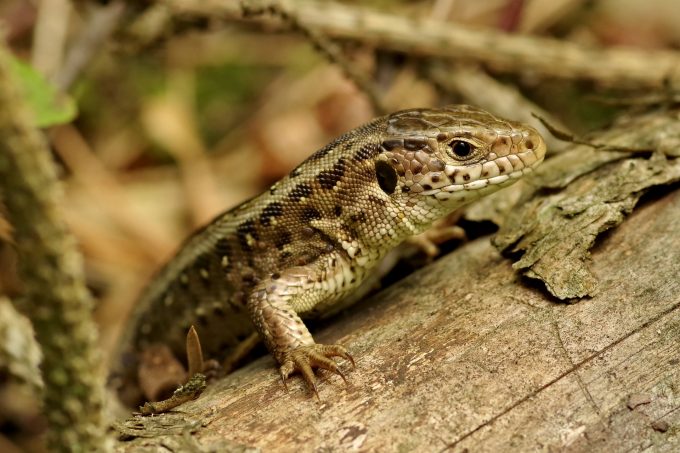 Structured areas in open land, fringes and transition areas at the edges of forests and fields are preferred places to live. As a cultural follower, they also like to inhabit natural gardens or along roads, railways or fences - hence their German name “Sand Lizard”.

In Germany the sand lizard occurs in all federal states. Nevertheless, it is on the red list. Due to the increasingly cleared landscapes, their species is now considered endangered or even endangered.

Your species is strictly protected. Since it is listed in the appendix of the Fauna-Flora-Habitat Directive of the European Union, its habitat is also protected.

The diurnal animals seek out sunny areas to warm up. At high temperatures, however, they stay in damp areas or entirely in their hiding place. The animals are active about half of the year. They feed predatory on insects and spiders and especially like to eat grasshoppers and caterpillars.

The males usually leave their winter quarters in March or April and end their activities in August. Females appear a little later. However, the young animals can be seen the longest. They usually don't retire until September. 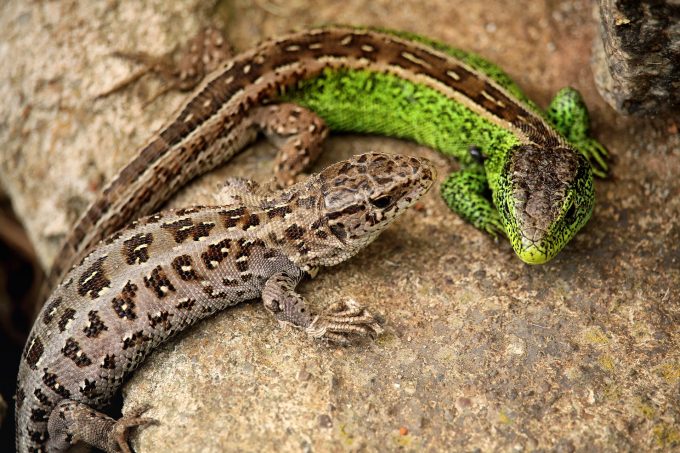 Sand lizard
view on the map