Leprechaun-like figure, big eyes and daring climbing skills: On the popularity scale, with us humans, the squirrel (Sciurus vulgaris) is right at the top. The diurnal animals are apparently constantly busy. In summer they are in search of food in the mornings and afternoons (but never forget their afternoon nap).

In autumn they collect food all day and in winter they are only active for a few hours. At night they retreat back into their Kobel. The padded brushwood ball has a diameter of approx. 15 cm. Quite often, squirrels have several goblins in use. 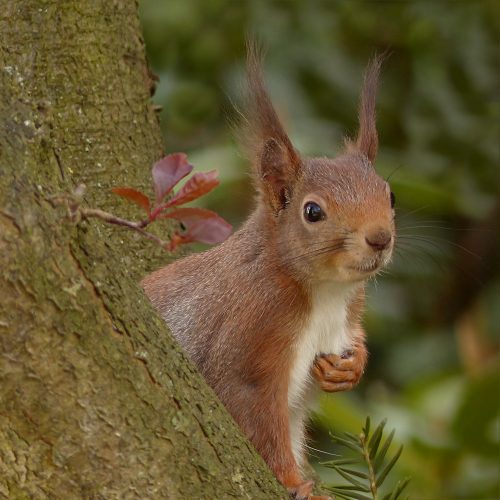 The 20 centimeter bushy and hairy tail enables the squirrels to live on trees, because it functions as a balance, steering and rowing aid, it has the task of communicating with fellow species - and thermoregulating, because it can completely cover the curled-up squirrel.

The mating season begins in January / February with wild chases. The mating itself takes place twice a year: in late January and until late August. The throwing goblet for the boys is at least six meters high. After 38 days of gestation, two to five young are born and the female takes care of them alone. The young are suckled in the Kobel for about 8 weeks and then live with their mother for a few more months.

The fur color of the squirrels vary. While the belly side is always colored white, the coat color ranges from light fox red to black.

Squirrels mainly live on fruits and seeds. They prefer beech, oak, pine, maple and spruce, but also chestnuts and nuts. But they also like flowers, mushrooms and meat. In winter, squirrels eat little winter fat. Instead, they hide food in depots. If necessary, these are looted. By hiding the seeds and nuts, the squirrels contribute to the spread of tree and shrub species. 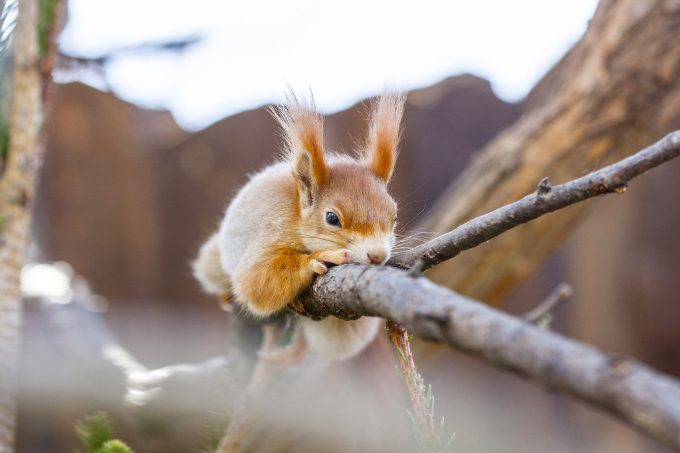 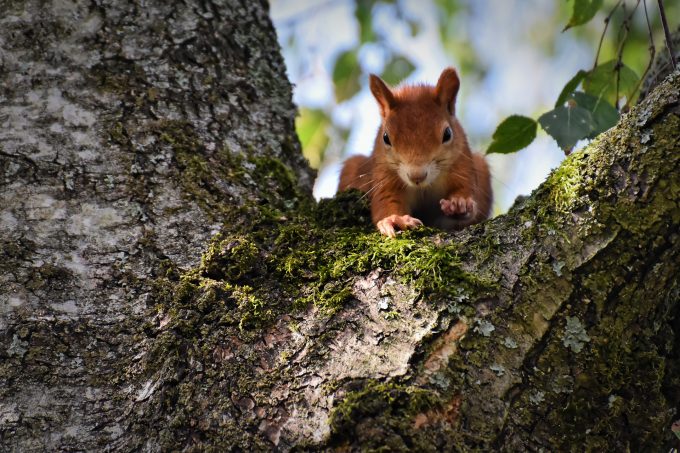