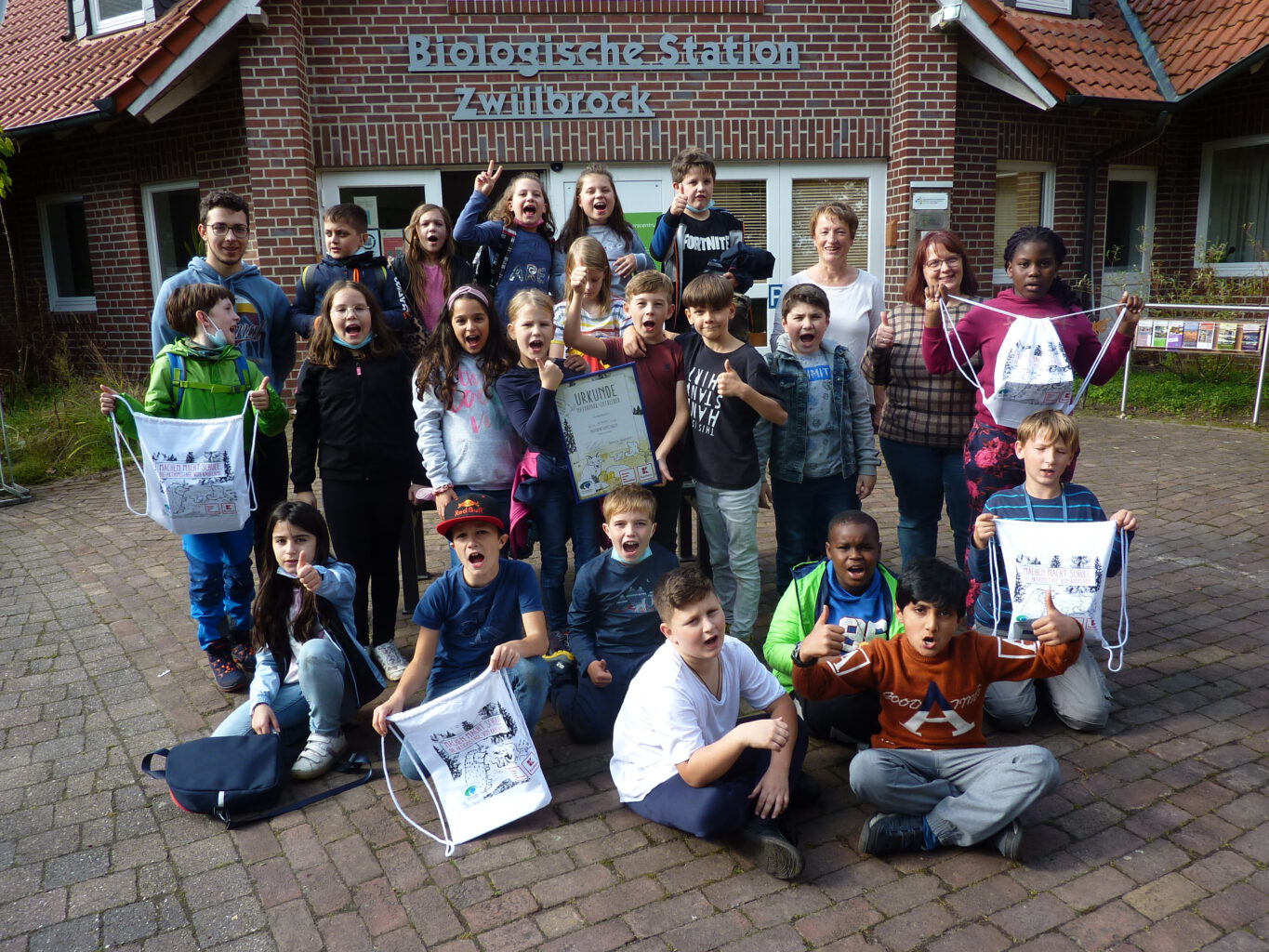 "The forest habitat through the ages"

4th grade pupils from the Alsfeld School in Oberhausen were guests at the Biological Station in the Zwillbrocker Venn in Vreden and dealt with the effects of human trafficking on the forest on the Nature Action Day.

The bus drove up to the Biological Station in Zwillbrock at the agreed time. The 4th class from the Alsfeld School had arrived and were looking forward to an exciting day of nature activities around the Biological Station in Zwillbrock. After the long bus ride, all students first had to arrive on site. Well strengthened, all the students formulated their expectations of the day of action in nature, which the class had been looking forward to for so long, into the "forest microphone". At the beginning, dealing with each other and dealing with nature was discussed in a circle of chairs. Using picture cards, each student could choose a card on the subject of the forestheiden and exchange previous knowledge and ideas with your classmates. Due to the varied use of the forest, the conflicts of interest and goals between the use as a supplier of raw materials for economic purposes and the conflict of the function as a recreational and climate protection forest were well worked out by the children. The students named things that are often brought in everyday life, such as chairs and tables and also paper. The children surprised with interdisciplinary knowledge. One student described the 'greenhouse effect' and another student shared his knowledge of tree rings and humus formation, which is so important for continued plant growth, with the class circle for further inspiration. 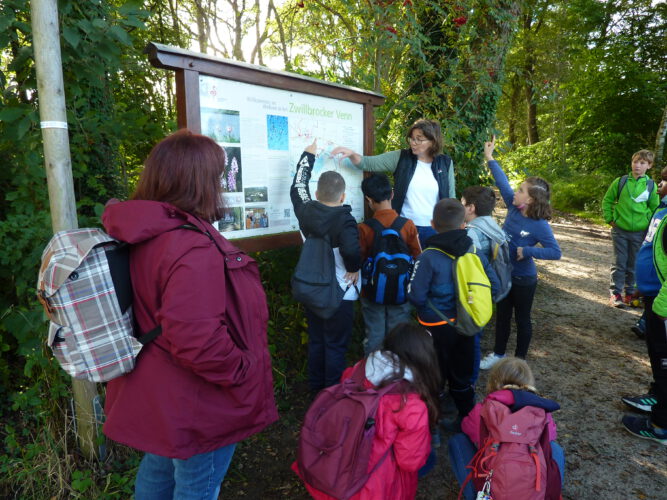 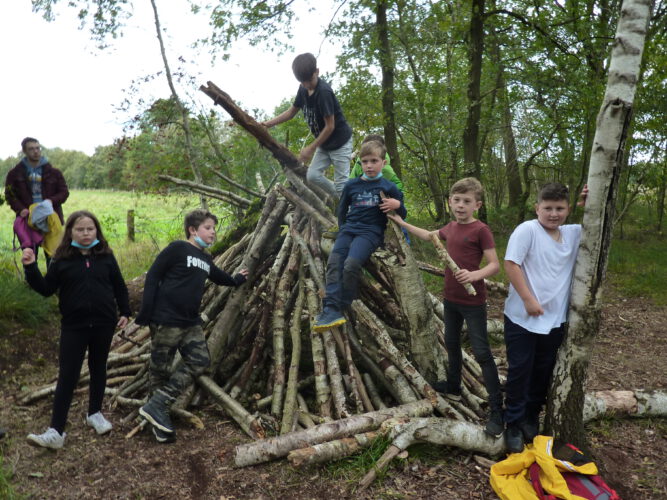 After the theoretical part of the day, everyone was looking forward to discovering the nature reserve around the Zwillbrocker Venn, including an extensive picnic. On the way there was always information from the biologist Mrs. Kern about the moors, forests, wet meadows and water areas in the district Borken. The children learned that forest plants and animals are important “climate protection officers”.

Due to the proximity to the border with the Netherlands, Ms. Kern also knew about some smugglers' stories from the past, which were particularly exciting for the children.

The guided nature adventure games, the soil animal regulations and the free creative play were a great experience for the motivated students.

In the afternoon the whole class agreed that it was a successful nature action day in the woods around the Zwillbrocker Venn.

The nature action day was made possible by the mediation and support of the Association of Germans Naturparke e. V., as well as through the financial participation of the company Kaufland, who have set themselves the goal of offering school classes with a high proportion of children from socially disadvantaged families a nature experience trip to a neighboring Naturpark to enable, as these children often have few opportunities for nature experience. The nature action day was organized by the Naturpark Hohe Mark e. V.