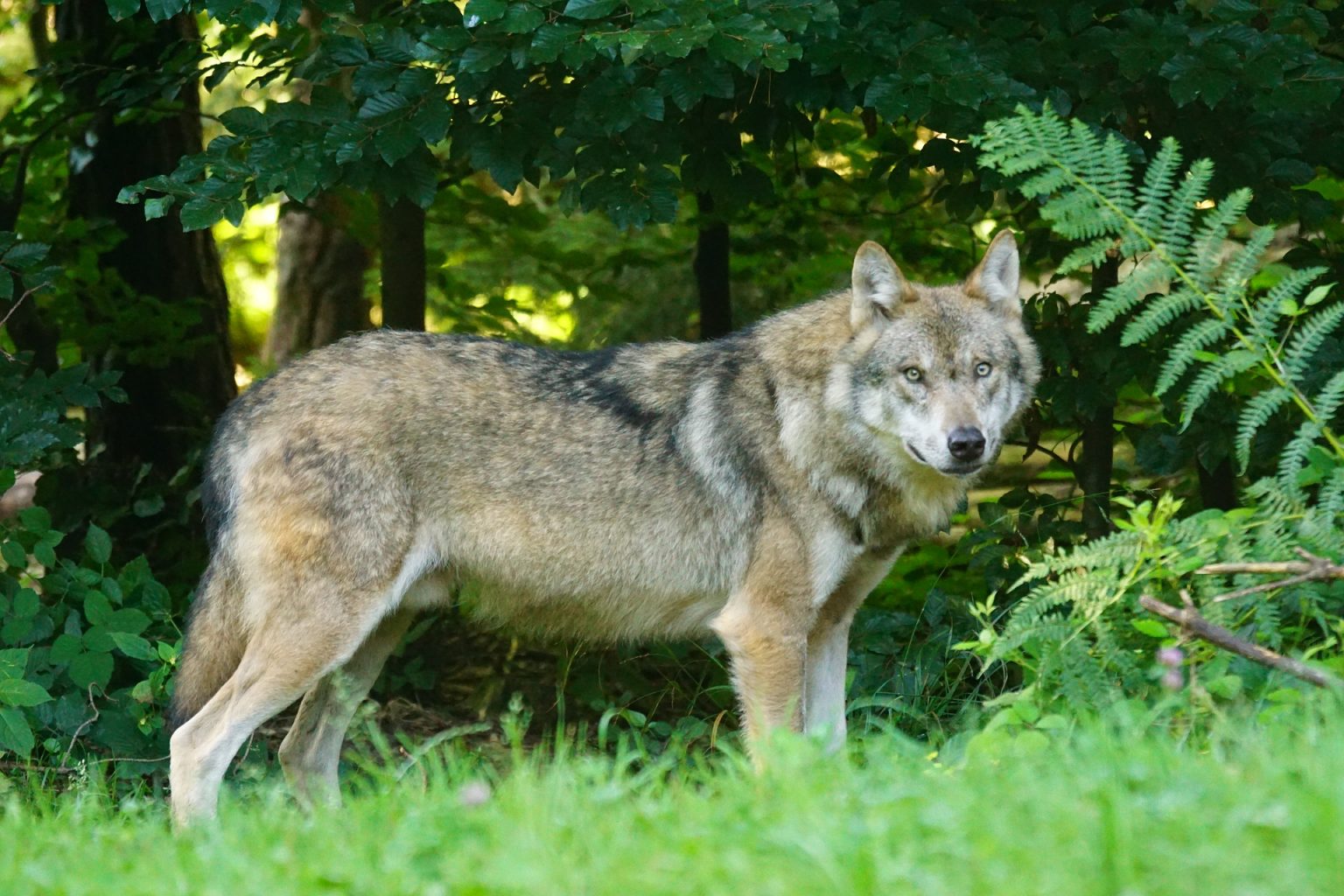 The returnees. The European wolf (Canis lupus lupus) belongs zoologically to the carnivores (Carnivora) and to the family of dogs (Canidae). Once the most widespread mammal in the world, it has almost completely disappeared from many parts of Europe. Thanks to strict protection, the wolf population has been slowly recovering for 30 years. Wolves are very adaptable and live in social family groups (packs). As a result, they are able to develop different habitats and can hunt efficiently and successfully raise their offspring even under extreme living conditions. 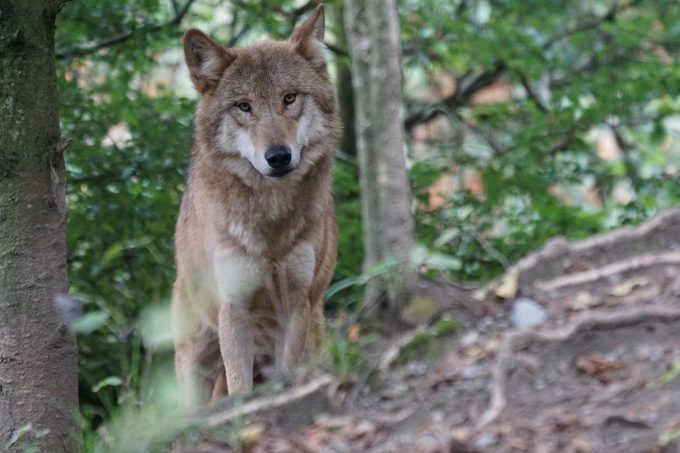 Wolves form packs. Usually these consist of the parents, puppies and some older offspring. On average, wolves give birth to four to five pups. Mostly in a cave excavated by the wolves within the area and near a water source. The larger the food supply, the larger the wolf pack. The pack rarely consists of more than twelve animals. The size of the wolves' territory also depends on the food available. It varies from 200 to 300 square kilometers. They are constantly on the move within their territory. They avoid contact with people, which does not mean that they also avoid human settlements if they are part of their territory. Their prey depends on regional availability.

The wolf's eyes are superb. It has a viewing angle of 250 ° and can see perfectly even at night. His sense of smell is just as good. He can smell conspecifics and prey animals up to 2 kilometers away. He can also hear excellently and perceive tones of up to 40 kilohertz. It can recognize conspecifics from a distance of several kilometers.

The wolf has a shoulder height of 70 to 90 cm. In appearance, he resembles a large domestic dog. The tail is straight and bushy, the ears are smaller and also densely hairy on the inside. The fur of European wolves varies and is colored from yellowish grey, greyish brown to dark grey. The throat and underside of the muzzle are lighter and the backs of the ears are reddish. The eyes are colored light brown to yellow. The tip of the tail and front of the legs are often black, and the back fur usually has a black saddle patch. In the wild, wolves live to be 10-12 years old. 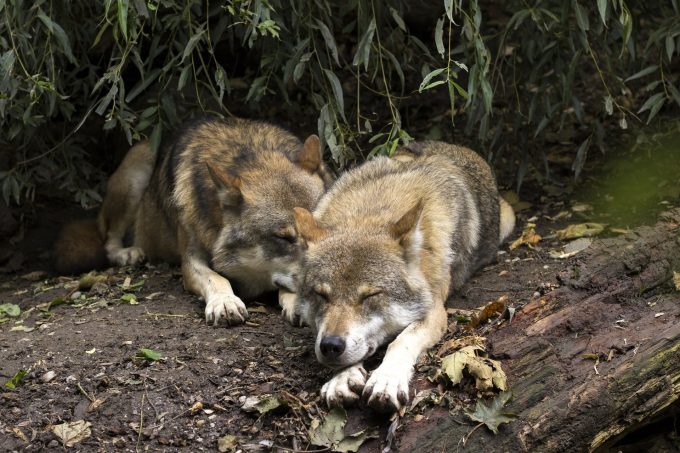 The wolf is strictly protected by the following international and national legal provisions: