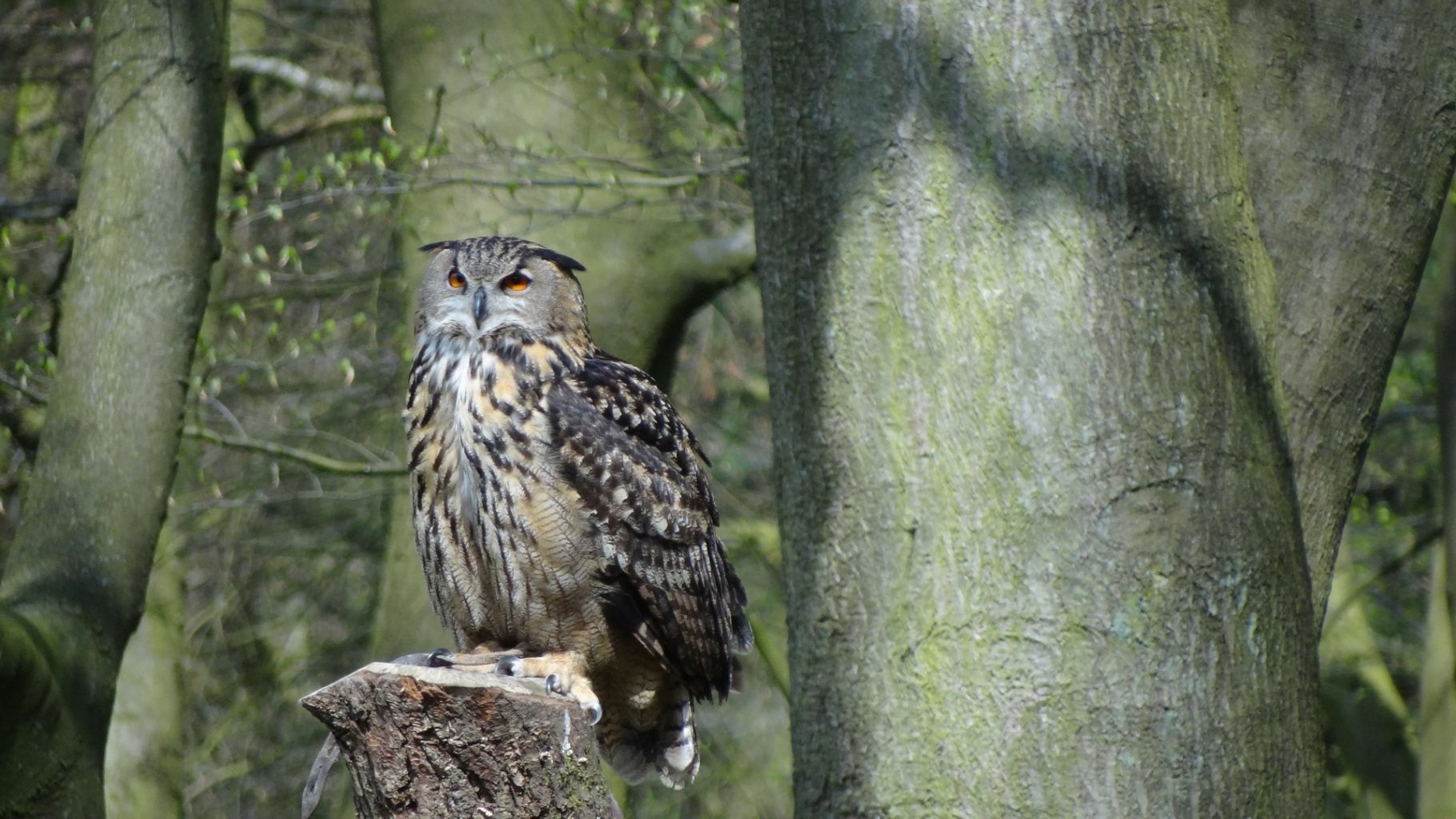 Largest European owl species. He stands out with his massive body, thick head, large orange-yellow eyes and distinctive feather ears. With a size of up to 70 cm, a maximum wingspan of 180 cm and a weight of up to 3,2 kg, it is considered the largest European owl: the eagle owl (Bubo bubo). The bird of prey is almost as big as a golden eagle! This is also reflected in its English name: Eagle Owl. 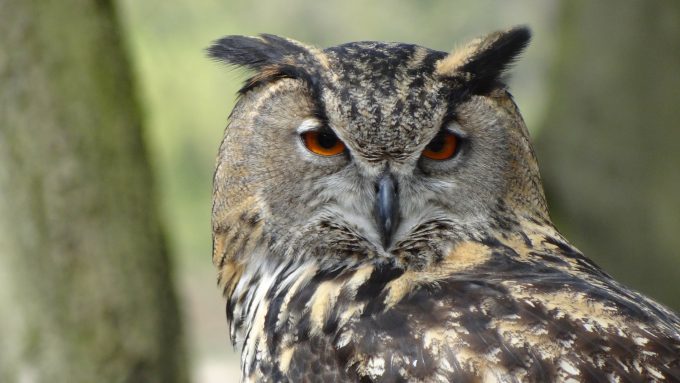 Eagle owls are silent hunters, because the brown, dense and at the same time loose plumage enables them to fly silently. They can approach their prey silently. The fine hearing is not disturbed by flight noises, which would also make tracking the potential prey more difficult. Eagle owls eat their prey whole and choke out all indigestible parts. These undigested parts of a meal are called bulbs.

Eagle owls don't build nests. They look for sheltered rocky outcrops or small caves as breeding grounds. There the female lays two to four eggs. The young eagle owls stay at their breeding site for a few weeks before they go on the move. A great adventure, because the hatchery is often in a rock wall high above the ground. The young eagle owls then curiously explore their surroundings. They will continue to be looked after by their parents until they can fly and hunt themselves. 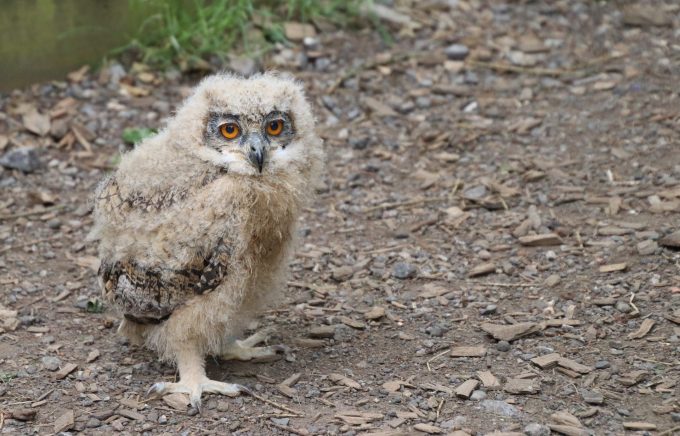 The silent flight, the nocturnal calls and their appearance have contributed to the fact that owls are the focus of myths and are embodied in very different cultures: The Greeks revered the favorite bird of Athena as a good luck charm and guardian of wisdom. In many stories, owls are transformed witches or be friends with witches or magicians, as in the form of Hedwig, the snow owl of the sorcerer's apprentice Harry Potter.

The owl in Naturpark High mark