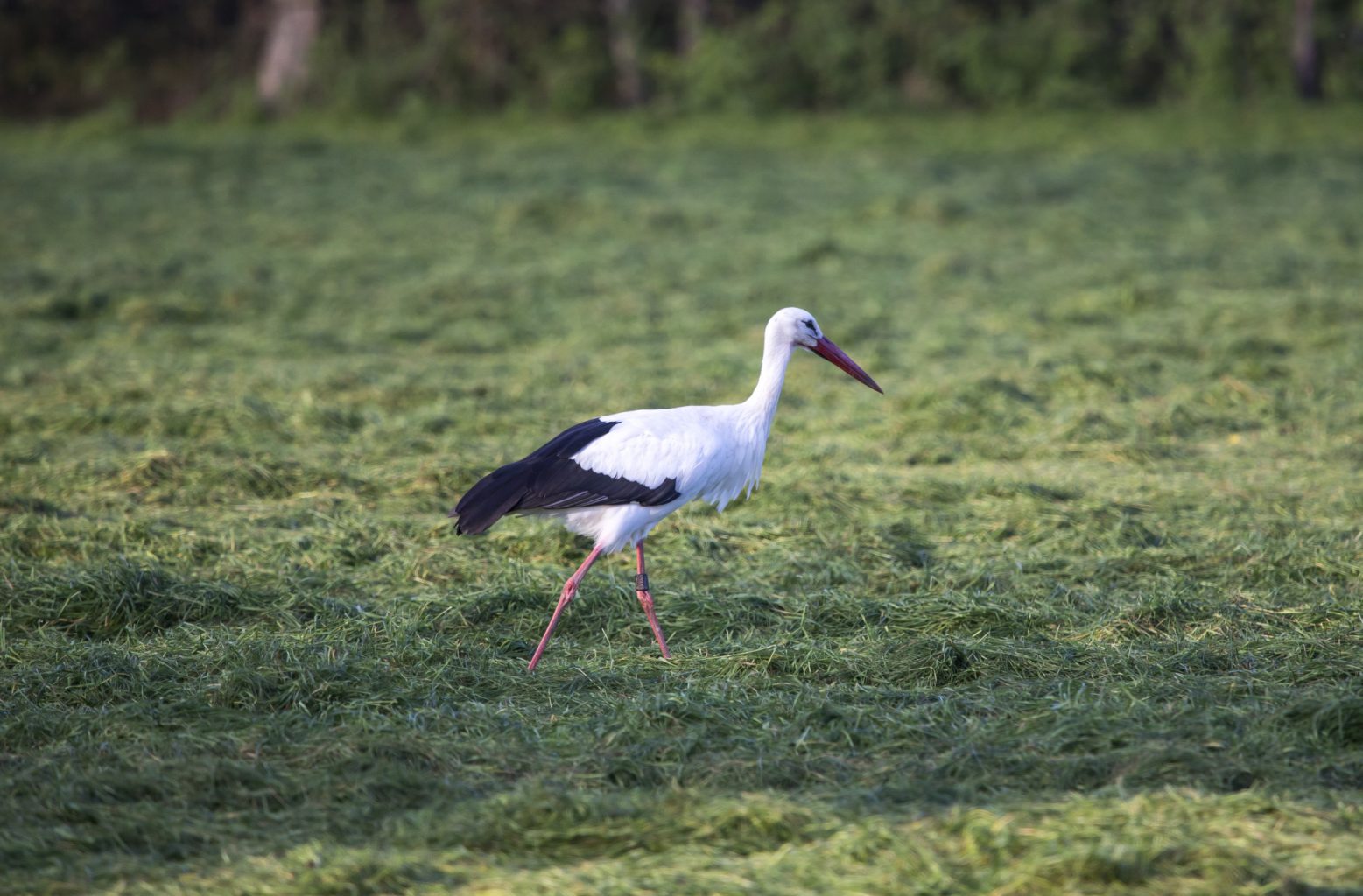 Elegance on legs. The stork (Ciconiidae) is represented with 19 species worldwide. Its long beak is usually red in color, depending on the species, and the plumage appears in black and white shades. Storks live mainly in wetlands with meadows, arable land and shallow lakes. They are diurnal. Their diet consists of frogs, crabs, tadpoles, snails, fish, snakes and large insects. The monogamous birds live with their partner for many years. They build a nest together and keep coming back over the years. Their annual brood usually consists of 2 to 7 eggs. During the incubation period, a period between 30 and 32 days, both partners take turns. 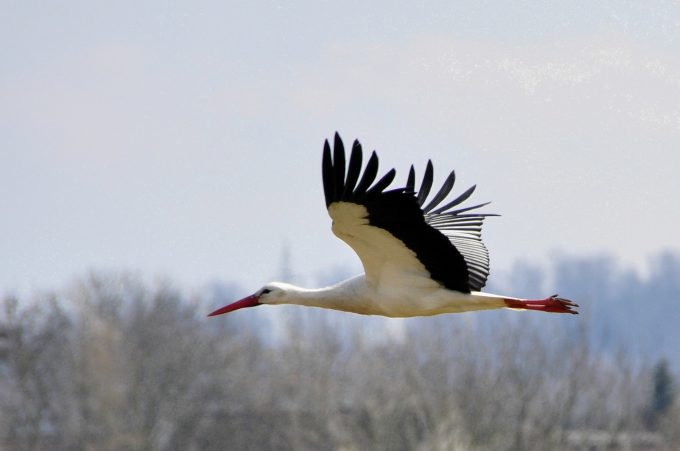 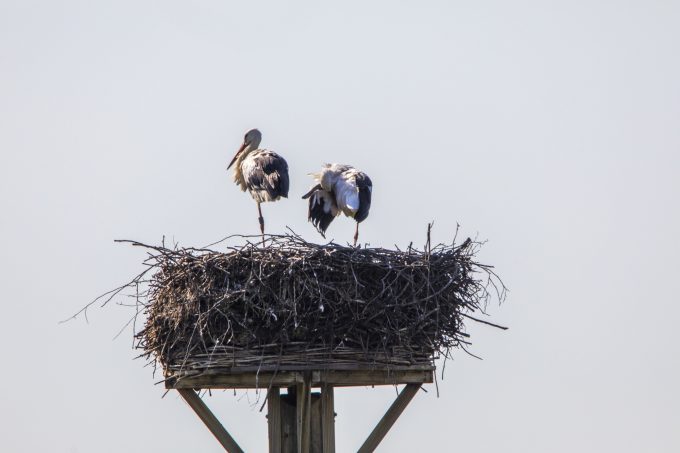 The storks native to Europe (white storks, black storks or beaked storks) are migratory birds and leave their breeding areas at the beginning of autumn. They are moving south, towards Africa. The stork used to be a common bird in Central Europe. Conversions of meadows and drainage of wetlands caused stocks to shrink. The population has increased again since the mid-1980s. Storks can live to be over 35 years old.

Here you can watch storks: