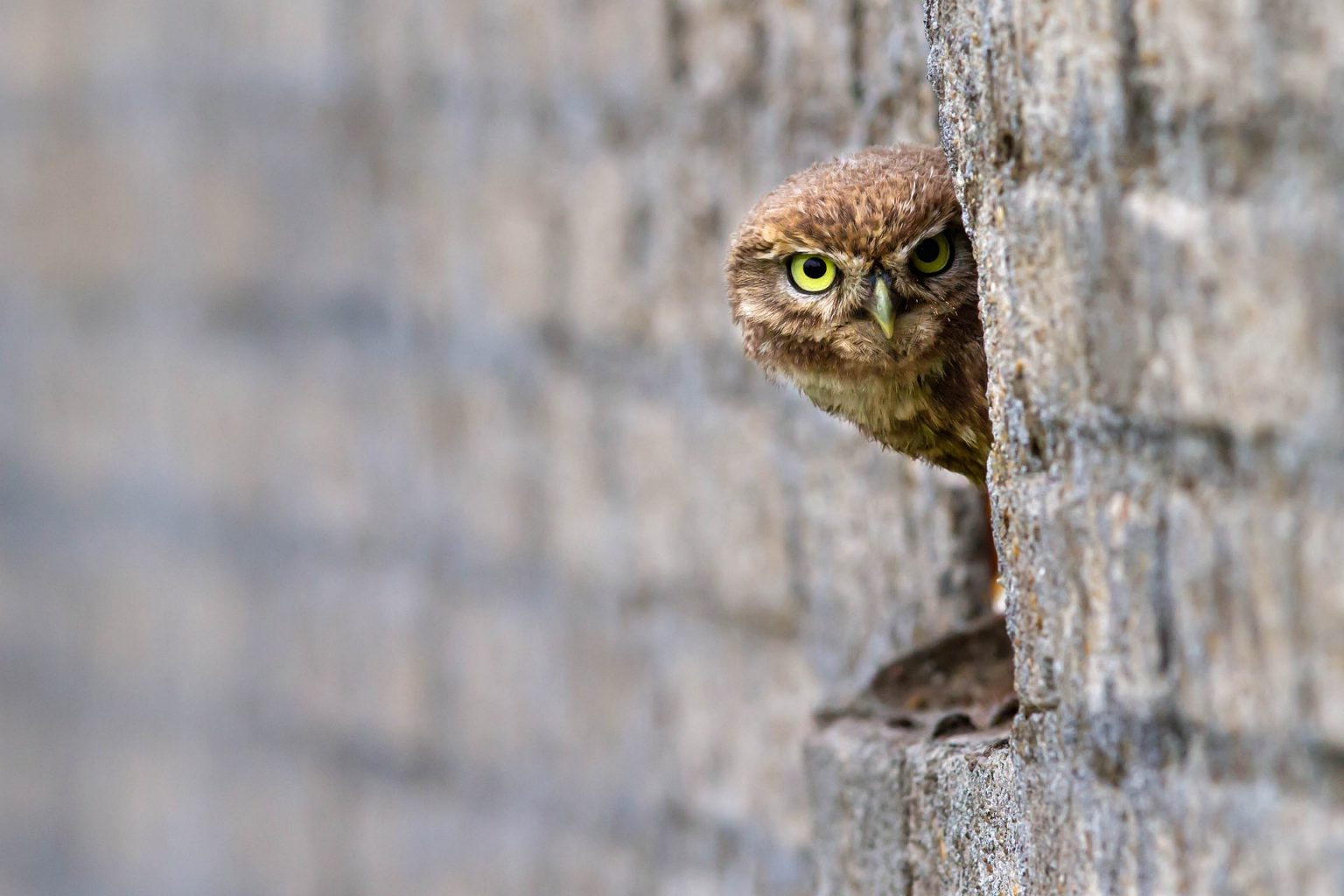 The bird of wisdom. It all began in Greek mythology: Here the little owl is the heraldic animal of the goddess Pallas Athene. It owes its scientific name "Athene noctua" to this myth. He is one of the smallest representatives of the owls and his plumage camouflages him perfectly. Dark brown on the top with lighter speckles, light gray on the underside. A flat head with a low forehead makes the little night claw appear slightly squat.

The little owl likes to pursue its prey a little on foot, but has a very varied flight pattern. The goblin-like behavior is part of his hunting behavior.
Spacious tree hollows in old fruit trees and polluted willows are the favorite places of the little owl. He is smaller than a dove, has sulfur-yellow eyes and white stripes of feathers over his eyes
Chasers but also sun worshipers.
At night he goes on his hunting flights and looks for insects, earthworms and mice. During the day, with a bit of luck, you can see him sunbathing on orchards, because he likes to leave his nesting hole. The little owl is the best known owl among the native owl species. 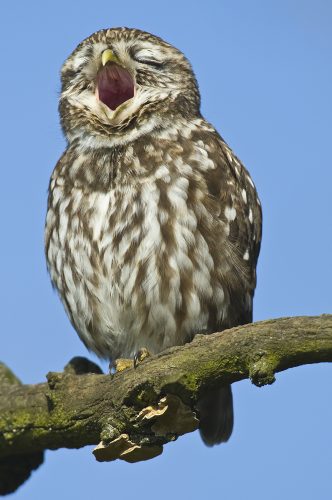 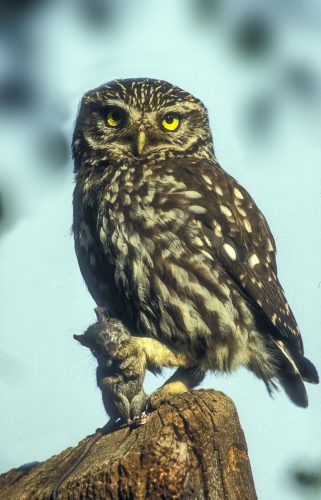