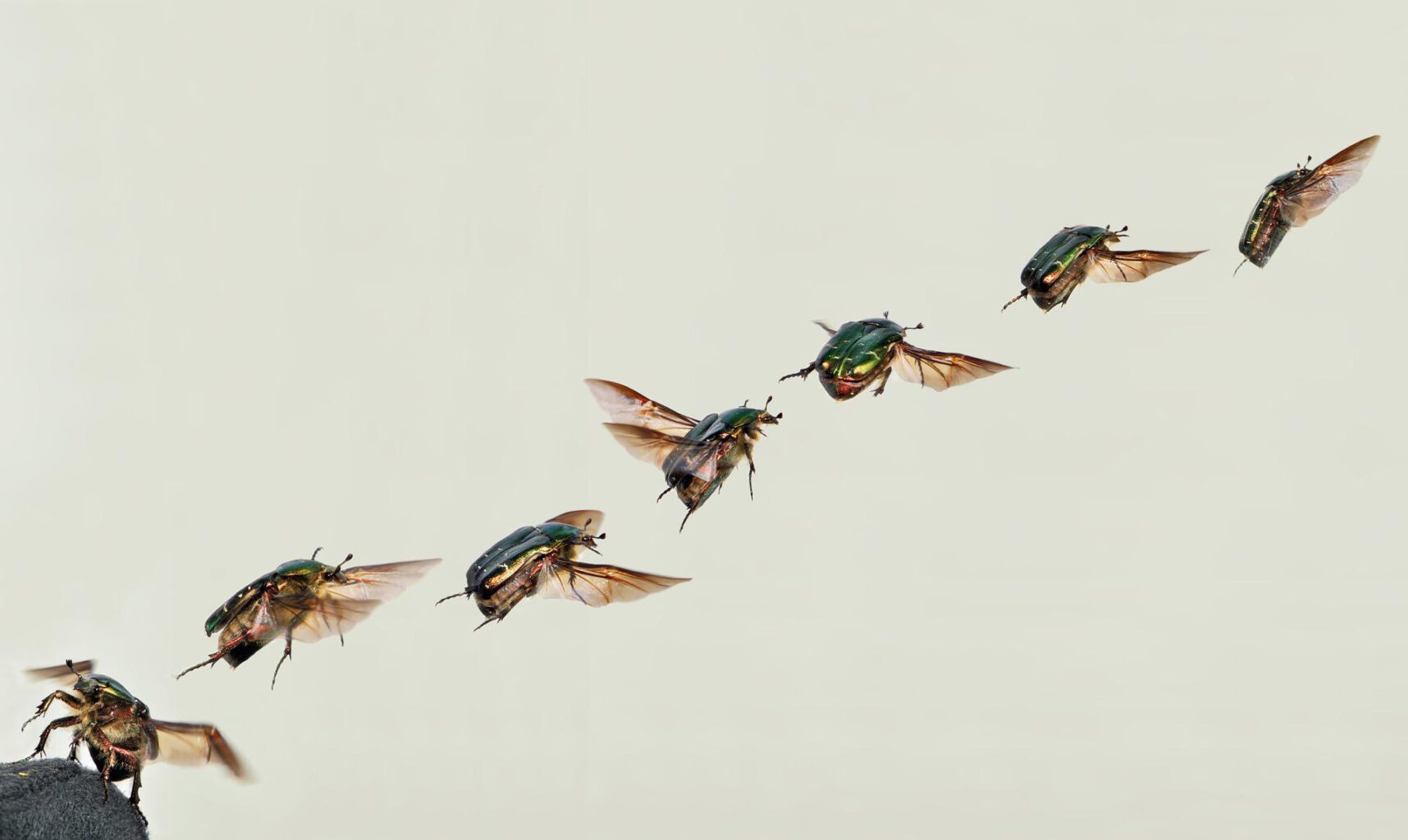 A dazzling guy  and one great beetle, that is the rose chafer (Cetonia aurata). Occurring throughout Germany, it belongs to the superfamily of scarab beetles (Scarabaeideae) and is one of the specially protected species in our country (Federal Species Protection Ordinance).

The pretty boy's preferred living area: the well-stocked, natural garden where he can be observed very well in the midday hours. He sits on a flower for hours and happily eats nectar and pollen. He's not shy and doesn't let himself be scared away.
In flight it is different from others: it does not fold up its hard cover wings, since they are fused together, but has a second pair of fine-skinned wings with which it can fly very nimbly. 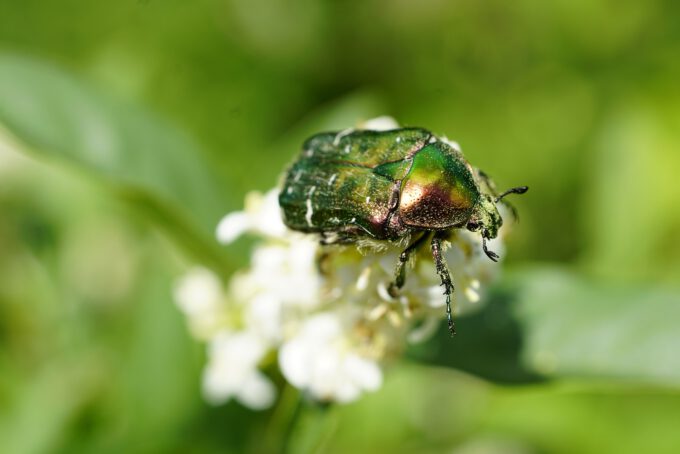 Neither the rose chafer nor its larvae are pests. The beetles feed on pollen, nectar and tree sap. And rose chafer larvae do not feed on roots either, but on components of the soil.

As a larva, it is a particularly valuable inhabitant of a compost heap, because it can digest wood components very well.
Together with bacteria and microbes, the larvae help in the decomposition process of the garden waste and thus ensure good hummus. 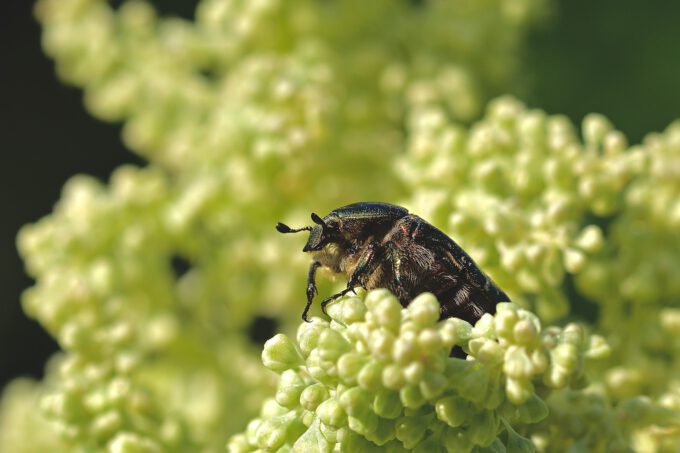 So what can be done to find such a magnificent specimen in the garden? Consistent renunciation of chemicals in the garden, compost heaps and dead wood corners as a habitat for the larvae of the beetle are decisiveheidend for its occurrence and preservation.
He is considered "pointing species" for a high ecological value of a biotope.