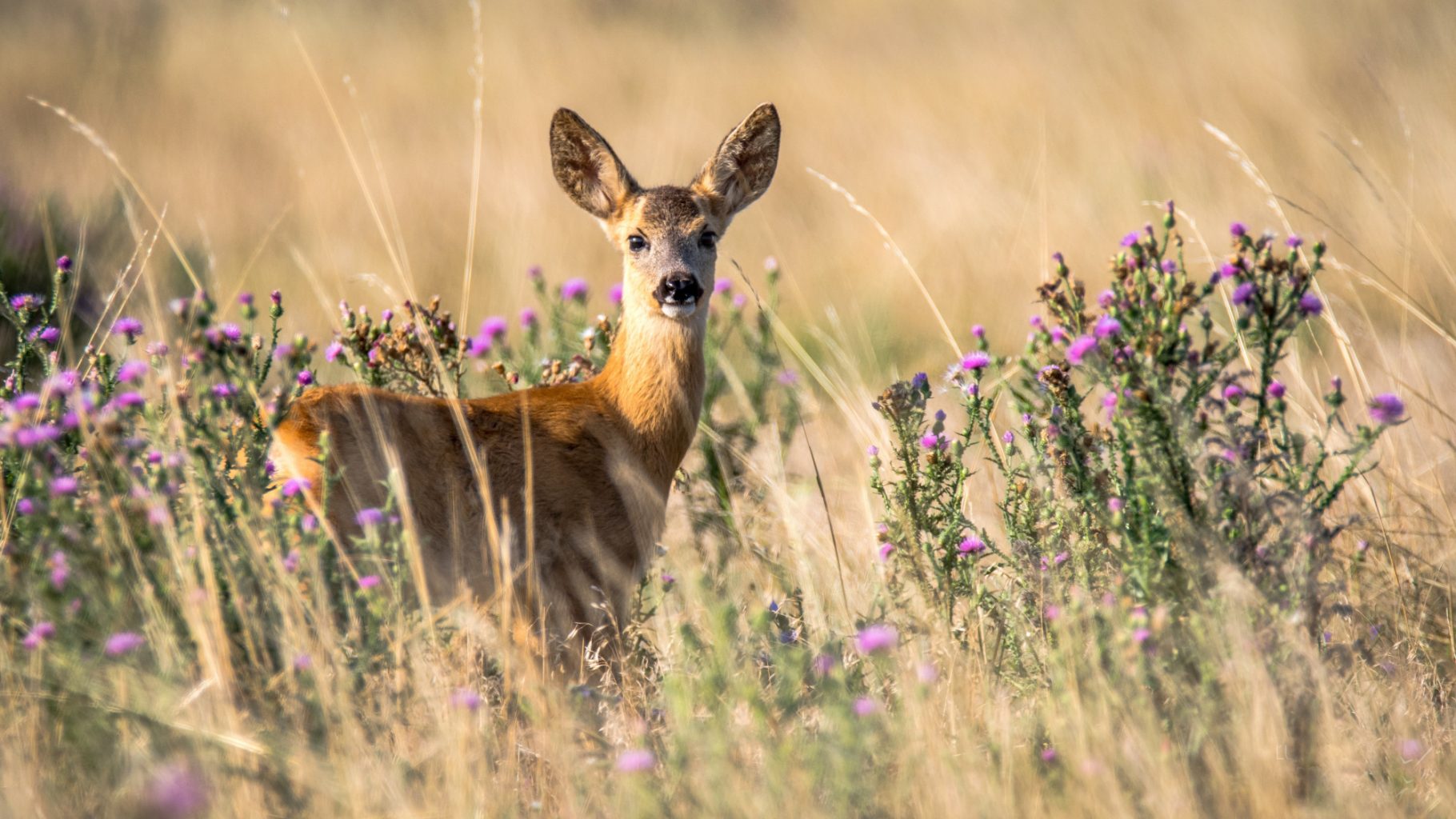 The adaptation artists. The roe deer (Capreolus capreolus) is the most common and smallest species of the deer family with occurrences all over Europe. It is adaptable, territorial and true to location, favors the mixed forest rich in shrubs with surrounding fields.
Deer are vegetarians and foodies. Her preference is for fine herbs, fresh buds and shoots, fruit, acorns and beechnuts. They can be easily observed in nature. 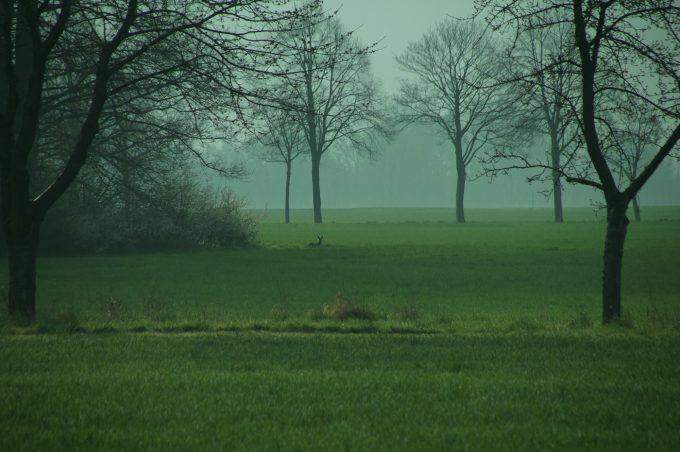 They are short-term refugees who seek shelter in the thicket with a few quick leaps as soon as they are startled. During the day they often stay in sheltered places and prefer to eat at dawn, before noon and at dusk.

Only the male deer (bucks) wear horns, the most important function of which is to fight and defend the hierarchy. Adults can reach a shoulder height between 54 and 84 cm and weigh between 11 and 34 kg.
The deer is an odor-oriented animal and can smell a person from a distance of 300 to 400m.
During the summer, deer mostly live individually or in small groups, which usually consist of a doe with its fawns. In winter they live together in so-called jumps (groups) that only contain three or four animals.

Between May and June the female deer (doe) settle between one and four fawns. 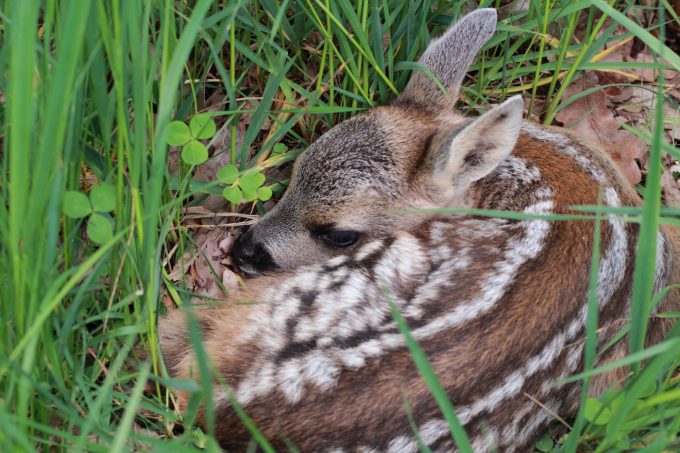