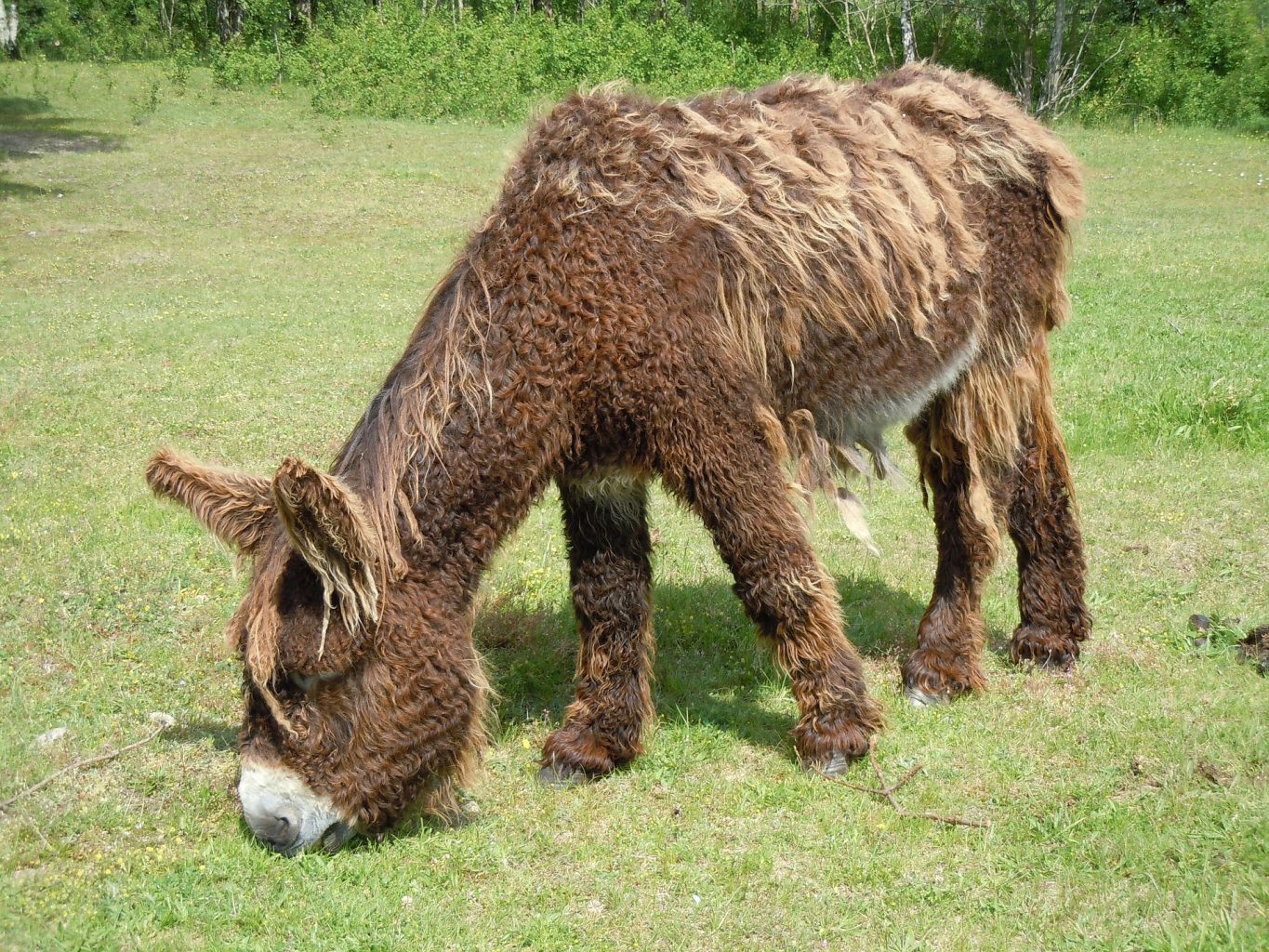 The heaviest donkey in the world. The Poitou donkey (French: Baudet du Poitou) is an endangered large donkey breed that is named after the Poitou area (Poitou-Charentes region, capital Poitiers) in western France. The breed has been known since the 11th century, but probably originated earlier. It was common in south-west France. Today, however, there are only a few pure breeds left.

Poitou stallions are between 140 and 150cm tall, mares between 130 and 145cm tall. The Poitou donkey has a long, shaggy coat, mostly black-brown in color. The main food source for the Poitou donkeys is grass and hay. They can weigh up to 450 kg, making it the heaviest donkey in the world! The gestation period of the animals is between 360 and 370 days.

Interesting facts about the Poitou donkey and other animals in landscape management can be found here: