Handsome helpers. In Germany, the rhinoceros beetle (Oryctes nasicornis) is a particularly protected animal species. It belongs to the scarab beetle family and its relatives include May beetles and rose beetles.
With a size of up to four centimetres, it is one of our largest native insects. 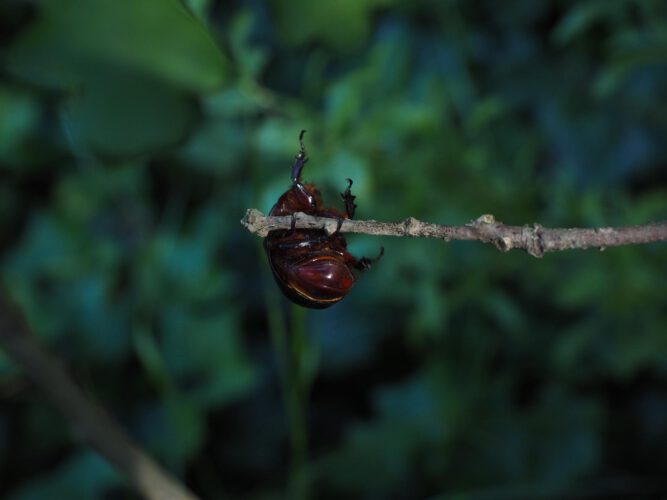 The beetle is named after the backward-curved horn on the head of the male animal. Females only have a small, hump-shaped elevation at this point.
The magnificent beetle once lived in the forest. Today it can be observed as a culture follower in the vicinity of human settlements and can often be found in parks, gardens, barns and sawmills.
He has discovered compost heaps (requirement: sufficient wood content), rotted sawdust or straw bedding as habitats for his larvae. Thanks to the bacteria in their digestive tract, the rhinoceros beetle larvae can digest wood and in this way process it back into humus soil.

The development of a rhinoceros beetle takes between three and five years. During this time, the beetle goes through several stages of development. A full-grown larva, the grub, can reach a length of up to 12 cm. 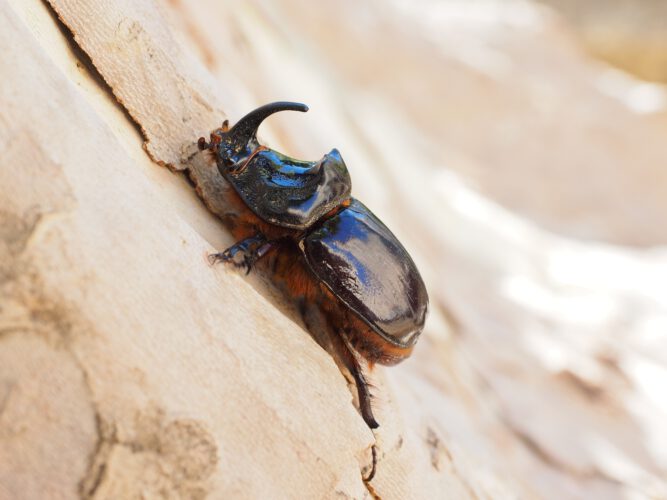 The rhino beetle needs a certain ambient temperature to develop. Due to various decomposition processes, the temperatures required by larvae to thrive prevail in compost heaps. This is what makes compost piles so popular. The presence of rhinoceros beetle larvae contributes significantly to the maturation of compost, as they feed on dead plant and wood parts.

However, larvae can only develop to terminal stages if they are not disturbed during their growth phase. However, since compost heaps are often turned or the mature soil is removed, development to the final stage often does not take place.