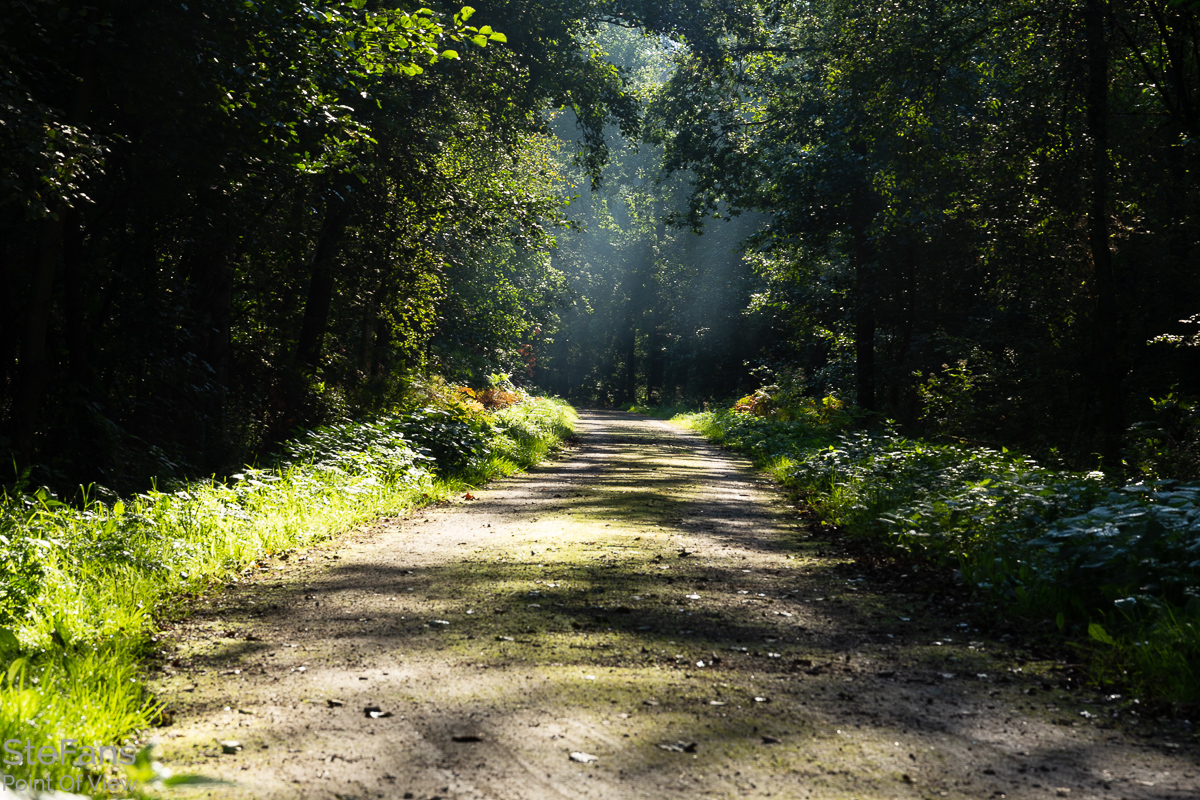 Naturparke in the state parliament of North Rhine-Westphalia

Naturparke in the state parliament of North Rhine-Westphalia

The twelve Naturparke of North Rhine-Westphalia will present themselves at the invitation of the Committee for the Environment, Agriculture, Nature Conservation and Consumer Protection on January 19, 2022 in the state parliament. They present their work in the four fields of action of protection, recreation, education and (regional) development and formulate future challenges.

The chairman of the national working group Naturparke NRW and district administrator of the Rhein-Erft district Frank Rock reports on the challenges that, for example, the Naturpark Rhineland had to deal with last year. In addition to significantly higher visitor numbers due to Corona, the effects of climate change are also making themselves felt, as was recently seen in Erftstadt-Blessem due to the consequences of the flood disaster.

Dominik Hosters, Managing Director of the Naturparks North Eifel, speaks on behalf of all NRWNaturparke about the important functions that these large protected areas fulfill for the population.

By developing nature-friendly and target group-oriented nature experience offers such as trekking sites Naturparke access to nature and offer the population the ideal place to relax in a scenic setting. However, it is about more than just recreational use. Wear according to the legal mandate by the Federal Nature Conservation Act Naturparke through a wide range of educational opportunities to convey and experience the value of nature. Children and young people in particular benefit from offers such as Naturpark- Day care centers or Naturpark-Schools, as they contribute to responsible action in accordance with the principles of education for sustainable development. Naturparke in NRW thus fulfill the basic functions of recreation and education on 45% of the state area for society.

To the services of Naturparke to be future-proof, Dr. Barbara Hendricks, former Federal Minister for the Environment d. and Naturpark-Ambassador, for the alignment of Naturparkfunding to the national average. She recommends that Naturparke in NRW with an additional 100.000 euros per Naturpark and to further promote the extension of the coordination office. Last but not least can Naturparke contribute more effectively to the implementation of state political goals.

In the citizens' hall, the entrance area of ​​the state parliament, the members of the state parliament and all state parliament employees can find out about the twelve before the session Naturparke and about it with the coordinator, Maja Röse, and the deputy managing director of the Naturparks Sauerland Rothaargebirge, Georg Schmitz, to get into conversation. Many MPs remain interested to find out about the diversity of the natural and cultural landscape in NRW and the fields of action and projects of the Naturparkto get to know you better. 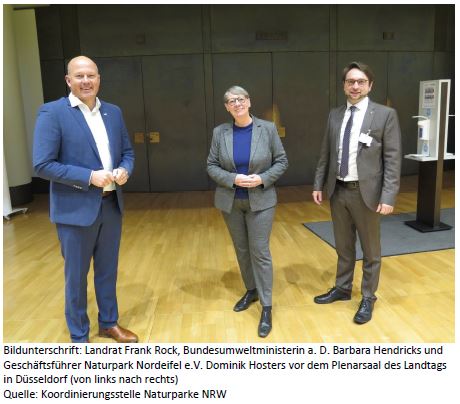 With a share of 45% cover twelve Naturparke almost half of the state area in NRW. Naturparke are large-scale areas, most of which have landscape protection and nature conservation status and are predominantly municipally funded. The legal tasks of these large protected areas are laid down in the Federal Nature Conservation Act and the corresponding state law and can be divided into four overarching subject areas: nature conservation, tourism, education (environmental education and ESD) and development.

You can find more information at: www.nrw.naturparke.de