Pupils in the 2nd grade of the Schopenhauer elementary school in Dortmund visited the Naturpark High mark.

On June 15.06.2022th, 2, the XNUMXnd graders of the Schopenhauer elementary school in Dortmund, accompanied by the class teacher and an accompanying teacher, got off the bus with joy and excitement. The unfamiliar terrain in the vicinity of the Naturparkexplored the house in Raesfeld. In a round of introductions, with a little refreshment, Mrs. Krass from Naturpark Hohe Mark a brief overview of the Naturpark and reported on the cooperation between the partners Kaufland and the Association of Germans Naturparke. The next step was the topic of the nature action day, which, in addition to discovering the natural environment, also dealt with social skills and competencies such as the ability to cooperate, communicate with one another and teamwork.

Outdoor trainer Manuel Nagel from the nature experience school in Raesfeld started the nature journey with a presentation of the games. Afterwards, we discussed together what is important in the game. The aim of the reflection units between the individual nature actions was to playfully develop and deepen the interplay between the individual, group and nature as an approach to experiential education.

It all started with the deer game, in which the students had to approach the “deer” as successfully as possible and not be disappointed if they were discovered. After the game, it was worked out together that it doesn't matter if you're disappointed because you have to start again and you're not among the first to succeed in the game. It quickly became clear to all the children that enjoying the game is more important than being a winner. In the moor game, the pupils had to move across the “moor” with safe standing areas and quickly learned that this could be mastered most successfully in a team. Saying "You did well!" made everyone happy and put a smile on their faces. 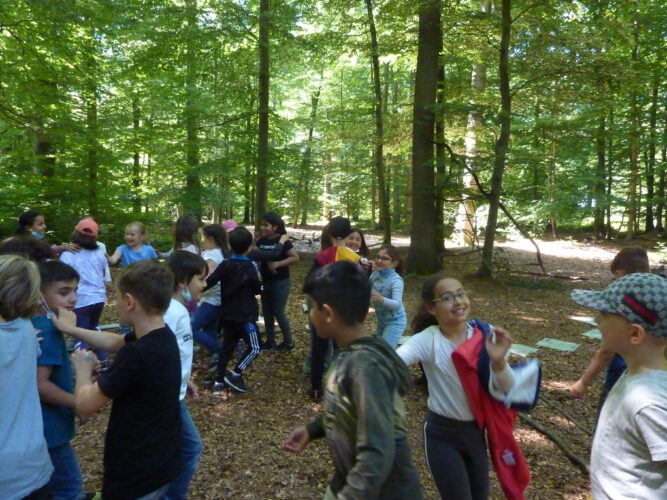 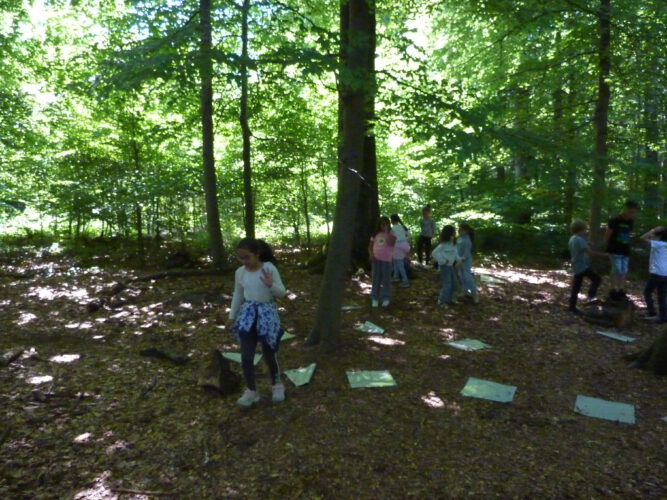 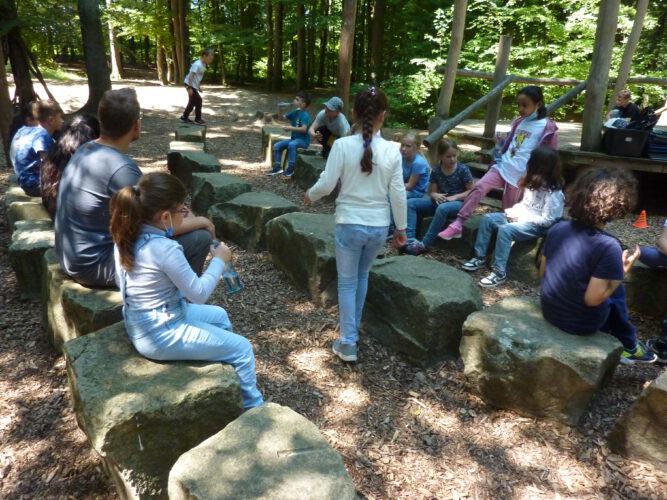 The next game was about happiness and happiness. Playing with the rope got all the children really up to speed and when the many playground equipment on the area of ​​the nature adventure area under the leafy forest could also be used, the children could no longer be held back. The offer of climbing, jumping and hopping on the forest playground was happily used extensively. After that, the unanimous opinion was that it had been a lot of fun and that the children would have liked to have stayed longer.

Happy and happy, the students lined up with their teachers for a group photo and proudly presented their certificate "Naturpark- Explorers". They said goodbye in a good mood Naturpark-Discoverers and everyone had visibly enjoyed the nature action day. 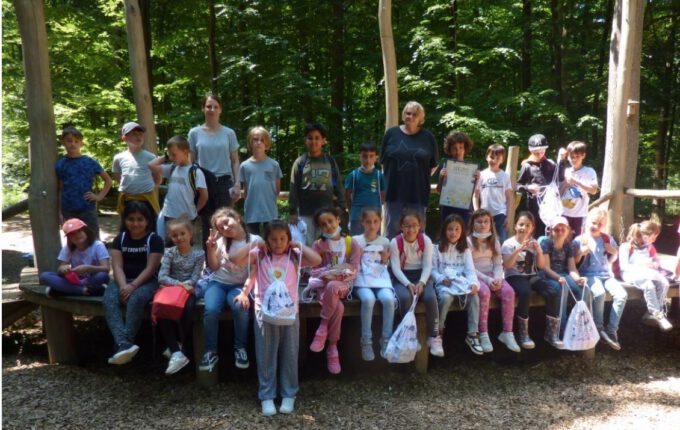 As part of the cooperation between Kaufland and the VDN e. V. Kaufland is again supporting 2022 nature action days in 40. The aim of this project is to bring aspects of nature closer to the pupils in a playful way and to strengthen the following skills as far as possible:

For many it is new territory to experience and shape community. This nature action day experience outside of the usual horizon of experience is ideally suited for this.